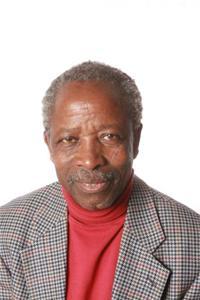 Councillor Obajimi Adefiranye represents the Brockley Ward in the London Borough of Lewisham and is Chair of the Council’s Standards Committee.

‘I was first elected in 1990 – the first African elected to the Council, and I have represented the same ward until today. I have had the privilege of holding a number of senior positions in the Council. As Chair of Equalities I initiated publications and research on the specific needs of the Irish, Turkish, African, and Somali refugee communities in Lewisham.  Under my stewardship, Lewisham started the annual celebration of Black History month and it remains a permanent event in the Council’s calendar.   I was the Civic Mayor continuously for seven years. I have been honoured to be the Council’s public face and to have contributed to the positive image of the Borough.

I have been a school governor for over 40 years and I have always fought for equality and justice.

Lewisham was a founding member of NABAEMC nearly 3 decades ago and has continued to participate in its activities.

I strongly believe that the NABAEMC can be a power for good in a diverse and multi-ethnic Britain but it is up to us to make this happen.’