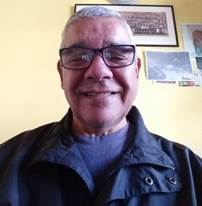 Cllr Kevin McFadden represents Barlby Village on Barlby and Osgodby Town Council in North Yorkshire. Kevin was an active Trade Union Organiser for many years, including 16 years as an Industrial Relations Manager with the British Medical Association (BMA). He also served on the Equality and Diversity Committee of the BMA. Kevin has joined the NABAEMC Executive ‘to make a difference to the experience of Black voters in making their views known and raising Black and Minority Ethnic issues higher up the political agenda.’